Confessions of a Food Blogger and a few other things …

I wrote this piece below (in italics) a few years back. At the time I was writing about films and travel and I never thought I would ever talk about food. I didn’t think I could.

I started food blogging roughly eight months back. I had written a little on food beforehand that featured on my travel blog, but I never took it seriously. Why the change from claiming to the whole world that I would never review a restaurant to actually doing it on a regular basis? I think a lot has to do with the way I’ve started to appreciate food over the last couple of years. Most of it, believe it or not, is because of MasterChef Australia and a few other travel food TV series.

I never was a cooking-show kind of a person. Even now, whenever I do make something, I can’t go by a recipe. That’s why I don’t think I can make a dessert, but hey if there’s one thing I need to learn it’s “never say never”. My cooking is all about taking ingredients and mixing them up and then trying to plate them as beautifully as I can, which as of now isn’t much either. I love finding plating and cooking ideas, but then have to stamp it with my own seal at some point of time. MasterChef made food fun for me. I’m aware that many find food game-shows blasphemous because they take away the romance from cooking, making it all about quickness and winning, but I am perfectly fine with them and have even gotten my daughter addicted, so now they’ve become a daughter-father activity.

MasterChef and travel TV series like Rocky & Mayur, Eat Street, and just getting to watch, on TV, some of the greats from the culinary world – Ramsay, White, Blumenthal – made me excited about what I ate. I started paying more attention to what was on the plate and how it played with my palate. I tried, in my own mind, to understand the flavours – I still have a long way to go with that – and started to comprehend what I was eating, more than I had for most of my life. This made the transition into writing about food easier.

I’m nowhere near an authority in anything food, far from it, I feel I can write about the general tastes and flavours distinguishing between the primary ingredients, herbs and spices, talk about the overall impact a dish has, and obviously the easiest of it all, the presentation and how it looks as compared to what it tastes like. It’s reviewing in the simplest of forms. But, in order to value food, I’ve started to also cook a little more than before. To be able to review food one has to have tried making an Omelette a few times and ended up with an Egg Bhurji (Mash). Basically, you need to have cooked and failed to understand and acknowledge what someone else goes through as they place food in front of you. If cooking wasn’t enough, I feel that I also need to talk about food in general, and that’s why I’ve started giving equal importance to my articles on food, not limiting myself to simply reviewing restaurants. Then again, variety is also the best spice of life.

My 8 months in food blogging has been nothing but a series of revelations, both personal and those from the so called food community. I’ve started to understand how restaurants work a little, how blogging works, the common problems being faced by those that cook and those that review, and as a result have come up with some rules and guidelines for myself that I want to adhere to. Food blogging for example has become a fad now. Everyone is doing it – I’m a prime example of that – which means there are a few bad apples amongst the bunch. I was initially angry about this, like when another reviewer plagiarized part of my work, but then a sense of calmness descended upon me and made me realize that there are more important issues in this world to worry about and that my “job” is to write and I need to leave it to the readers to decide who and what they want to read. Just like there are so many types of bloggers, there are many types of readers; from those that want a quick and concise review – my Mom keeps telling me to shorten my reviews – to those that want a detailed explanation of the food and from some who are interested in only the food aspect of a place to those that believe it is the entire ambience that makes a difference.

Slowly, I’ve also started removing myself from various food-apps and online reviewing sites, and focus only on my blog. It’s not an intelligent move because being active on these very review sites means more people get to know you, but once again sometimes it’s best to separate from the crowd and just try and do your own thing. Now, I’ve been told people, like your wonderful self,  love to read inspirational and slightly spiritual connotations to pretty much anything, so these two paragraphs above are especially for you lot.

There’s a food revolution happening where I am with new restaurants opening every other day, new ingredients being experimented with, new techniques being used to cook classics, and a newer admiration for food by those that make and those that eat. It’s exciting times as food festivals are coming up and food trucks have already started a new trend for good, fast, and cheap food. This is the perfect time to be in the food business and also the best time to enjoy food like it’s never been before.

My reason for this post is to explain where I’m coming from and where I’m planning to go. It is also a way to confess about my post below, should I become famous someday -Ha Ha Ha Ha Ha Ha – and find that it comes back to bite me in the backside. It’s always best to lay out all your cards, so here I am, showing you what I’ve got (did that sound too cheesy or maybe creepy? Not my intention)… 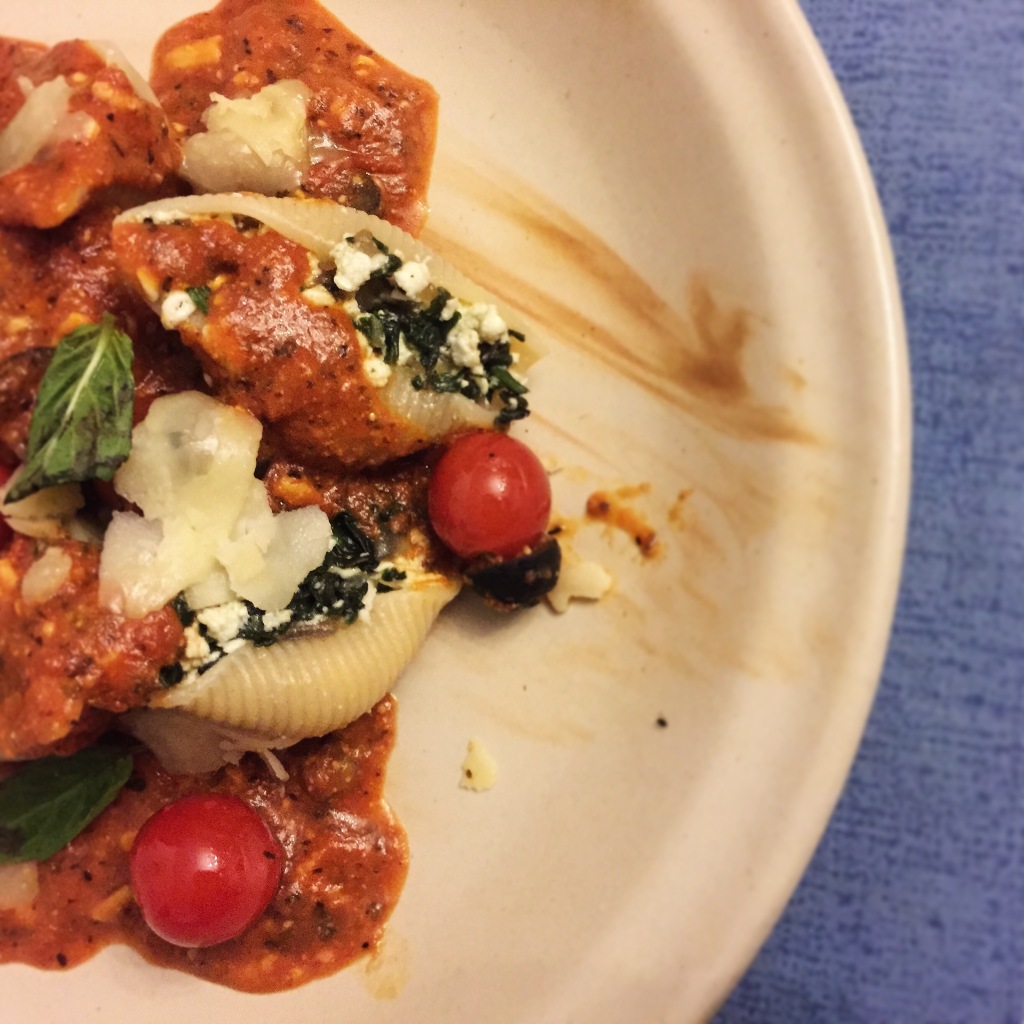 The article below was published on my travel blog a couple of years back. It is being reproduced in its entirety – although I wish I could tweak it a little, here and there, but then it’s a nice little reminder of how far (or maybe not) my writing has come in the last year or so.

Sometime back, I realized that for a while now something had been bothering me a lot. Unlike most people I found airplane food quite decent. I also realized I did not have a favourite restaurant except for maybe YO! Sushi, and Bukhara, and… what was the point of this post again?

Moving on, most of the time when people around me praised or trashed the food they were eating, I never really had a strong opinion. Then while talking to my friend it hit me, could it be that I can’t differentiate between tastes. I mean I can tell when something has too much or too little salt. Also it’s quite evident from my red face and screaming sounds when I’ve eaten something too spicy. But, for me, that’s where the comparison between good food and bad food ends. Okay, I do have favourites sometimes. The Pan Ice-cream that I’ve had at a local restaurant still makes me salivate at the mere thought of it, but I mean take junk food; A burger from say McDonalds, Burger King, Wimpy’s, or Nirula’s all taste pretty much the same to me. Pizza Hut, Dominos, and Sbarro’s pizzas taste the same too. In fact I’m sure for some it’s blasphemy when I say that Dal Bhukhara (google it my non Indian readers) is not so different for me than say the Dal Makhani at Moets or the Kali Dal at the nearby roadside dhaba (street food joint) once it has entered my mouth. Fine, I lied there a little. I love Dal Bukhara and their Chicken Tikka, and their Naan Bukhara, and their… Darn! I’m hungry now.

So anyway, my friend told me there are supposedly three sorts of people out there. Ones who can taste pretty much each ingredient in the food they eat. There are those who can taste it a little (the majority) and then those who have no taste at all. I’m not sure which of the last two options I fit in, but it is definitely not the first. My condition in reality is so bad that I can now confess that for me there are only three sorts of wines – Red, White, and Rose. Ask me to differentiate between two reds, and I can guarantee that everything I say is complete horse crap that I am making up as I study your face to decipher what you are thinking. I can however differentiate between certain things. Like the pizza I have in the Western world at Pizza Hut feels better, fresher, than back home, but yeah solely focusing on taste not much difference at all.

So, does having this ability, superpower even, to taste nothing, have its benefits or am I at a loss? For starters I can make do with food from a cheap restaurant and be satisfied rather than paying top dollars for visiting one of Gordon Ramsay’s restaurants. I can also genuinely tell a host that their food (hated by most) was good. On the other hand I might never know what a “real” burger tastes like or even enjoy the nuances of a good meal. Then there is the whole alcohol issue. I was never the sipper, but rather the gulper. Since I can’t taste much, I feel subconsciously I realized it is easier to take a big gulp and finish whatever I was drinking. This also explains my love for shots, especially Tequila!

Disclaimer: I being a gulper don’t mean I get drunk really quickly. It just means I get to the stage of being the life of the party much faster than any of you.

By the way this also solves another issue in my house. My mom for years has been wondering how is it that I can have pasta, chips, rice, and lentil on the same plate. It’s hard for her to fathom that I am mixing so many different tastes altogether. But since I’m tasteless (only in terms of food tasting) it has never bothered me. I mean I normally put what I plan on eating on the plate and eat it. What was a bit alarming was when the other day my daughter had chocolate, fruit yogurt, rice, chapati, lentil, noodles, and pasta all on her plate during dinner. Could she have acquired this superpower from me? Only time will tell. There is however one good thing for all of you that comes out from all this … You will be spared from reading too many restaurant reviews on this blog. But, since I do love food, you will however have to suffer numerous photographs of the food I eat.

Caution: If food photographs are not your thing, I would not recommend following my Instagram profile.