An Indian Adventure by Dell Jones

Having been a traveler my entire life (I started around age 2) and having written about my adventures (not my entire life), I am always curious to know the viewpoint of others about my home country, India. While it has been the go-to destination for a good couple of decades now (if not more), everyone seems to have had a completely different experience when travelling through this vibrant and diverse country.

I asked my good friend Dell to write about his experience of exploring the cities and culture of India, especially since he holds a very special connection with the country. I have known Dell and his wife Jayashri for almost two decades now, as we all studied together in University.  While this is an old post (being shifted from an earlier blog), I often wonder if his thoughts have altered over the years, or as he suggests in his very first line, he has simply gathered a lot more of the wonderful experiences? 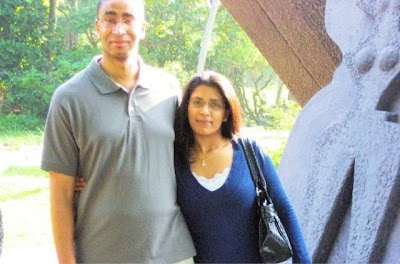 Whenever I travel to India, I look forward to the experience I will gain. India is not like any other country; yes there are famous tourist spots such as the Taj Mahal in Agra, India Gate in Delhi, and the Gateway of India in Mumbai but you also have the spirituality, colorfulness, and variety that you cannot find in any other country.

During my first trip to India, I toured through New Delhi and Kolkata. In New Delhi, I was like a typical tourist but because I had friends from college, I was able to see and gain experience of sights that I liked but are not typically visited by tourists. For example, I got to ride on a moped and a rickshaw through areas of old Delhi and the developing New Delhi. I had authentic food that is not “watered down” for tourist in 5 star hotels and restaurants. It felt good to have a locally made paratha in the Parathe Wali Gali (in Old Delhi) and authentic chai in an aluminum cup with tandoori paneer, chicken, pakoras and samosas. It all tasted 100 percent better than those at restaurants.

In Kolkata, I stayed at a guest house where I felt more at ease than at a hotel. I am an explorer so I enjoy trying new things. I remember it felt good to have Garam Aloo (Hot potatoes) and Bengun (Egg plant) with Coconut Chutney, atop of Gobi Paratha, Dahi, Chai, Mangoes, and Mango Lassi (my mouth still waters at just the thought of the breakfast menu). I also noticed that in Kolkata people are more conservative than in Delhi. I would hug my girlfriend (now my wife) and the world would stop and stare as if Gandhi himself was standing behind us. In Delhi it is more like “Oh what a typical couple, next they will be running around a tree and lip-syncing a song.” 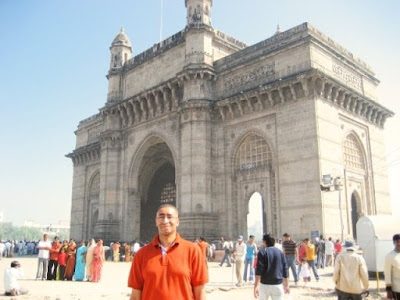 On my second trip to India, I got married.

This was an experience in itself: the rituals of the wedding, meeting all the uncles and aunties, and the reception. It was funny because there were so many people, that I was told to just memorize the names of immediate relatives and in-laws, and to just respond to everyone else who was older than me as Uncle or Auntie.

The steps, or rituals, of the wedding were interesting and fun. I enjoyed having the experience of wearing a dhoti and pajama kurta, taking seven rounds around the holy fire, as well as chanting Slokas and repeating after the pundit.

During our honeymoon, we traveled by train to north India visiting Shimla and a hill station called Kufri. I enjoyed Kufri more than I did Shimla. Kufri was not overcrowded with tourists and you could relax and enjoy the authentic food, being in a more peaceful atmosphere and even ride a yak.

On my third trip to India, we toured throughout southern India for 10 days.

We took the train from Pune and traveled to Kerala to experience the back waters, the south Indian culture and their hospitality.

Our first stop was in Thiruvananthapuram (Trivandrum). It was bright and colorful. They made it feel real hospitable. I read that in this part of India, tourism is the number one source of income for their economy. I also loved the famous Chicken 65 (which to this day I still buy in stores but which does not taste as good as it did in Kerela). I asked why they call it Chicken 65; the waiter (in perfect English) told us the stories of how in the city of Cochin there was a military base where the main chicken dish was number 65 on the menu. When the military moved out and it became a tourist destination, the name just stayed, “Chicken 65”.

We travelled through Cochin where the architecture is very beautiful and everything is so well organized. That evening, we drove to the Neyyar Sanctuary for an overnight stay. In the morning we heard and saw a lot of the wildlife while on a river boat tour but we were not fortunate enough to see a tiger. Further on in our trip, our driver took us through beautiful tea gardens, stopping at roadside dabawalas (roadside eating joints) to have chai and coffee.

While we were in Munnar, we took a tour of the tea fields. The fields are spectacular, like a scene from “Dil Se”—or any other movie where the main characters are in the mountains in India. I wanted to climb up the beautiful mountain trails and cross back down the mountain, through the valley, up the other mountain to another set of tea gardens. It was interesting to learn about the aging of tea, how the leaves are processed to become white tea, red label tea, green tea and other various types of teas, which are use by Lipton, Snapple and even McDonald’s.

When we left Munnar, we drove to Kumarakom where we took the houseboat tour on the backwaters. We took a 6 hour trip and every moment was breathtaking.

The moments watching the guide row a boat with a stick taller than him was amazing. Throughout the tour we stopped to experience different aspects of what makes the backwaters, the backwaters.

Our first stop was on an island to see the value of the coconut. I knew that coconuts could be used for food, hair oil and cooking oil, but here I learned that coconuts can also be used for carpets, doormats and, the one thing that surprised me, the boat we were on was being held together by the string produced from dried coconut shells.

Being married to a Bengali, I have tasted various types of fish. We stopped for lunch on another island where we had fish on a banana leaf with different type of Dal (Lentils) and chutney. I particularly loved the coconut chutney and idly.

After lunch we headed back through the beautiful backwaters to our driver who took us to the hotel for the night. In the morning we left early and headed to the southernmost tip of India, the town of Vavathurai to see Vivekananda Rock.

It was amazing, inside the memorial, built in honor of Sri Swami Vivekananda, you felt peace and calmness inspiring concentration that clears your mind of life’s worries. The outside was extremely beautiful, especially where you see the merging of the Bay of Bengal, Arabian Sea and the Indian Ocean.

The second amazing site was the Thiruvalluvar Statue. The inside had scripts of the great poet along the walls. I understand that it was built to welcome the 21st century. When I first saw it, I immediately thought of the Persian Empire and their conquest and ventures in the Arabian Sea between the Middle East and India.

As was in the past, India can never be conquered. No matter how many times you visit India, you will never be able to say that you saw the same thing twice; whereas if you toured Germany you know that Kölner Dom and Schloss Neuswanstein will always be open at the same time and that there is a certain route and tour.

In India, the Taj Mahal, Gateway of India and other sites are also typical tourist spots, but the uniqueness lies in the direction you take as the tour each time is never quite the same.

This is what makes India so special, a country one will always want to revisit.