Book | Around the World in 80 Days – Michael Palin

It’s planes, trains, and automobiles all over again, only this time, planes are replaced by huge ocean liners. 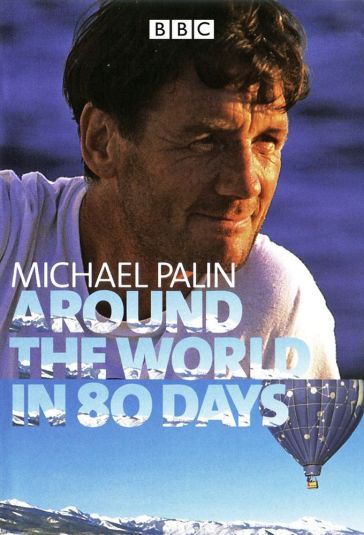 If travel has ever, even slightly, interested you, then Michael Palin is a name you must be well aware of. Member of the famed and eccentric comedy group Monty Python, Palin has also achieved quite a following as a travel writer and documentary maker/presenter. Armed with a humble and often guy-next-door approach to travel, a beautiful clear accent, and a warm smile, his journeys – Pole to Pole, Sahara, Himalaya, Full Circle etc. – have intrigued and fascinated readers and watchers for decades. Palin is a legend in his own rights when it comes to travel as his adventures began at a time when technology was still in its nascent stage and the world seemed a lot bigger, than it really was, in everyone’s minds.

In Around The World in 80 Days, Michael Palin heads off on one of his earliest televised voyages, as he tries to “follow” Phileas Fogg on the legendary literary voyage of traveling around the world in 80 days.

An adventure that might appeal less to those who prefer a more leisurely and relaxed way of travelling, Palin gives us an intense and fast paced race, against time, around the world, traveling only on land and sea – taking a hot air balloon ride once in-between.

Palin’s Around the World in 80 Days is unique among travel books because it focuses more on the different modes of transports rather than the sights, and with a mission in mind, Palin is almost always concerned about his onward journey only taking in bits and pieces of the lands he crosses while in this process.

But, the need for speed doesn’t hold him back from discovering and experiencing a more human aspect to the journey. In the process of shifting from one vessel to another, Palin makes most of the opportunity to interact, mingle, and learn about cultures and traditions from the people that he meets en-route.

This is the very basis of travel and often, even today, we are too busy ticking off our bucket lists to slow down and make the most of these simple interactions that can leave a much greater impact on our lives and help us understand the world a little better.

Another aspect of Palin’s Around the World in 80 Days – similar to many of his other books that are based on documentaries – is the inclusion of difficulties they face as a production team in his writing. While for some it might be irrelevant – in terms of travel – these occurrences and notes further gives the reader a glimpse into the way the world works and how among all the differences, there still are enough similarities that leave us with some hope for the future. While the book is more than two decades old now, surprisingly, it still hold true and doesn’t fail to captivate and impress the new reader.

Palin’s Around the World in 80 Days is a classic when it comes to travel writing and stands out for it is as much a travel piece as it is a human drama that mixes passion with a sense of enchantment and excitement to give us a thrilling adventurous read that compliments the documentary, it is based on, beautifully.

Tagged as: Around The World in 80 Days, author, journey, Literary, Palin, review