I’ve now been traveling for almost four decades and have been all around the world. Lately, thinking back a decade or two, the trips that I took, I seem to have forgotten a lot about them. I never kept a journal at that time, nor ever recorded anything. Photographs have been packed into boxes and are lying somewhere in the basement.

In this series – Melbourne & Fuengirola & The Costa Del Sol – I look back at some of the travels from the last decade and a half and jot down what I do remember. It’s going to be a mixture of personal thoughts and a bit about the destinations, and the occasional grainy photo that I find somewhere lying around. 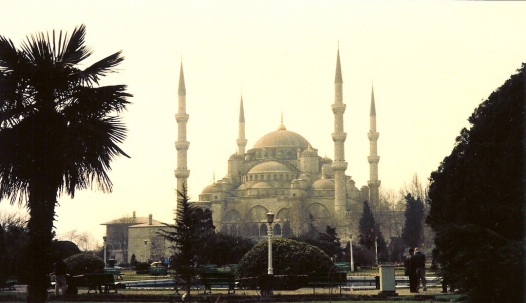 I remember this being one of the first few college organized trips from my time studying in Germany. A Spring/Fall break tour (can’t remember) … friendships were still anew and anxiety of travelling with a group to a new destination loomed all around… that would change by the end of the trip.

I remember the fuss a student made because the plane we were going on was not Lufthansa (as stated in the itinerary) but a code-share with a lesser known airline.

I remember that on the way back, the same student ended up buying a little model airplane of the low-cost airline.

I remember the excitement, the thought of adventure, as Turkey at that point of time was not such a popular travel destination as is it now.

I remember the Goat Heads displayed outside the restaurants. It was my first time ever finding about this delicacy. I did not have the guts to try it then. I don’t think I do even today.

I remember the leaking hotel ceiling when we came down for our very first breakfast. Apparently toilet papers are not to be flushed, and since they were, there was major blockage.

I remember being fascinated by a culture that was such a wonderful fusion of both old and new.

I remember for the first time being in a country whose culture and traditions and thinking to an extent resembled that of my own (Indian). Later, I found a number of similarities between Indian and Greek culture too. 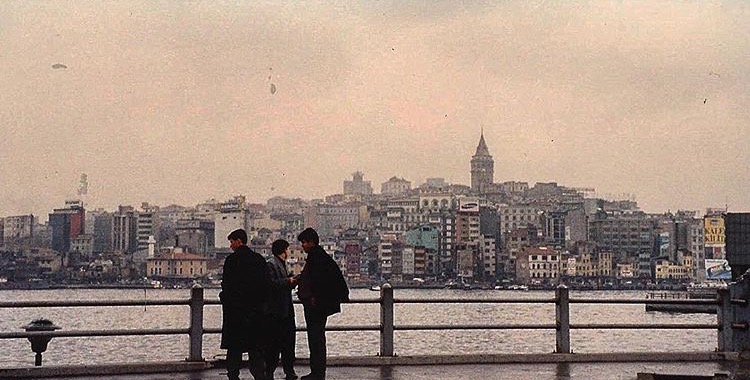 I remember the last minute room changes that took place on the first night, because certain people decided to “hook-up”. I also remember that these “relationship” didn’t last very long… do they ever?

I remember waking up to a completely different roommate the next day because apparently more room changes took place once I had passed out – not drunk, just to clarify, simply tired.

I remember the little multicolored Turkish tea glasses. I also remember being shouted at and chucked out of a shop in the Grand Bazaar because while bargaining for the glasses we apparently quoted a ridiculously low price.

I remember feeling right at home in the Grand Bazaar. One might assume, looking at the hustle and bustle of the Bazaar that it is disorganized, crowded, and a maze, but all that is just a facade as in reality it is well organized and after a few attentive minutes you can figure out way around it. The shopkeepers are friendly, never pushy, eager to sell their goods, the variety of which is mind-boggling.

I remember that although the shop owners tried all possible techniques to entice us to buy something, they never harassed and almost always were very friendly.

I remember having one of those panoramic cameras which had a special kind of film, that only a few labs would process, and are pretty much obsolete now.

I remember not really feeling cold, the sun followed us around mostly, some rain, but also snow! Yes, we got snow along with the sun.

I remember waking up in the early hours of the morning to the smell of tires burning. People would burn them to keep warm during the long nights.

I remember the historical marvels like the Blue Mosque, Topkapi Palace, and Hagia Sophia. Their beauty and architecture are still unparalleled, a reminder of the history, art, and traditions of the region.

I have very faint memories of all the touristy places that we visited. Maybe at that point of time and age, my interests lied elsewhere. Wink Wink!

I remember my friends getting really excited as we drove across to the Asian side of Istanbul. For quite a few of them, this was their very first time in Asia. For me, it was … MEH!

“We flew from Stuttgart to Istanbul on March 15, 1997. I think we were away for 5 days. The flight was operated by SunExpress, a “joint venture between Turkish Airlines and Lufthansa” (Wikipedia). I don’t think we drove across to the Asian side. I know we took a boat one way across — maybe it was on the way back though?

I definitely remember a boat trip. I remember the toilet on the boat was a squat and the deck was wet — making a challenging situation for some.”

I remember pulling a friend just in time as a car almost ran over her. It was a very anti-climatic saving a damsel in distress situation, something that I had envisioned to be much more dramatic in my dreams.

I remember strengthening my friendship with two people who I have remained friends with ever since. You know who you are, if you read my blog. If not, then I might have to re-think the whole friendship thing 😉

I remember the one person who borrowed DM 50,- from me during the trip and it took me a good 6 months to get it back. Student life I tell ya!

Oh! And he was the same one who had an issue with the airplane in the first place.

I remember meeting and having a laugh with the locals at the nearby (to the hotel) club. Learning how to do the Turkish dance – done by standing in a line, holding hands, and the first and last person holds a handkerchief – was quite the fun experience.

I was telling a friend about this trip and our first night in Istanbul when we went to a bar and all the lights went out. Candles were lit on the tables and each of the tables took turns singing songs. When it got to our table, the only song that we all knew and could think of was a Christmas song (can’t remember which one). I don’t think the guys in the bar knew that it was out of season though.

I guess that’s the mark of a good trip: nearly 20 years later (about half of our lives later too) we’re still talking about that trip.

Lastly, I remember coming back to an almost empty campus (we still had 3 days of holidays left) and just lounging around with friends over some Turkish Tea served in brand new Turkish Tea glasses – which we finally did buy from another sop – and gossiping about the previous few days… the hooks up and the break ups.

As Michael, one of the first friends I made in college, said above, the sign of a good trip has to be the fact that we still remember – even if it is in part – the experiences and the events close to two decades later and that we cherish these very memories for they never fail to bring a smile.