There’s a certain drama that never fails to impress me when it comes to step-wells.

From afar, they might give a glimpse of their presence but it is the amazement that enthrals as one move towards them that leaves many, very much like myself, speechless.

Rani ki vav (Queen’s stepwell) is situated in the town of Patan about two hours away, by car, from Ahmedabad in Gujarat.

It is believed that Rani-Ki-Vav was built by Queen Udayamati in memory of King Bhimdev who was a Chaulukya ruler in 11th century AD. 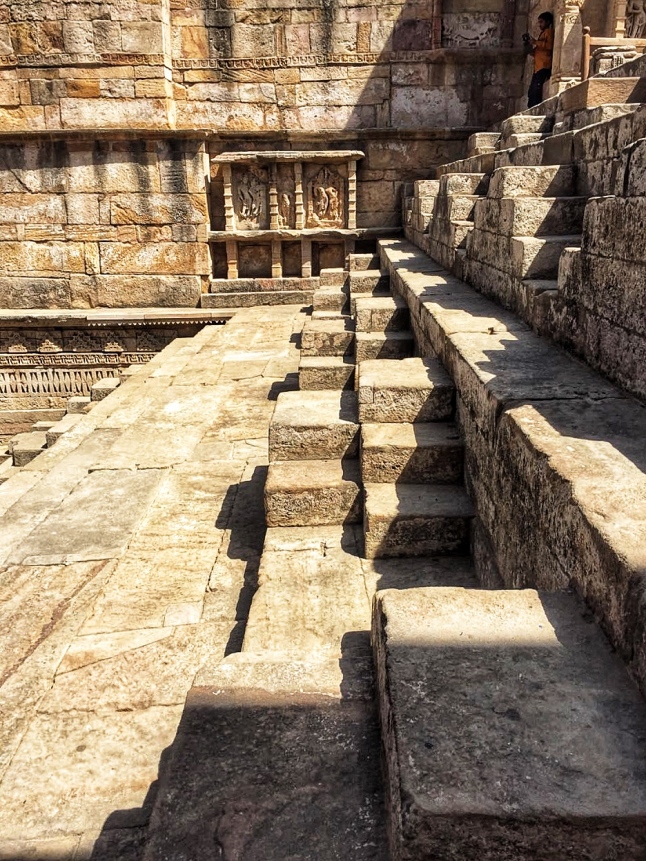 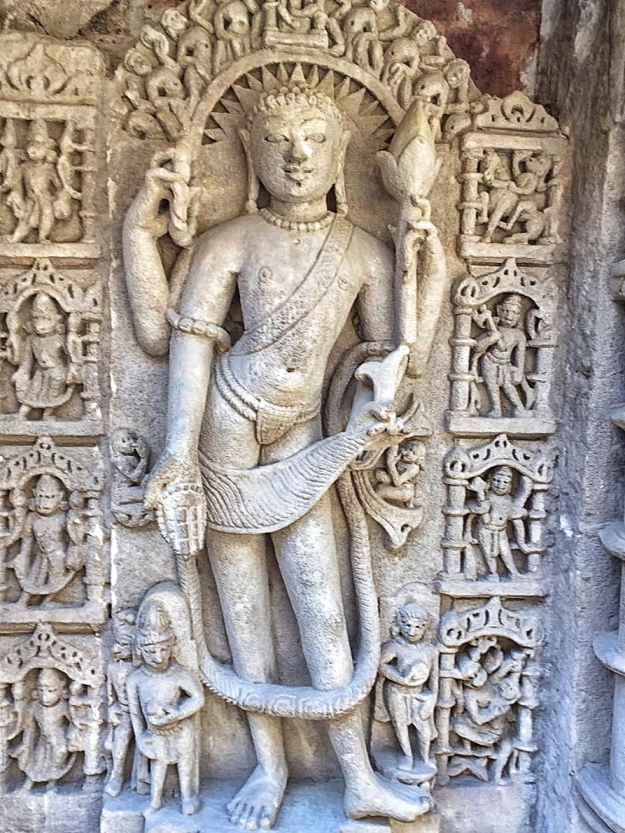 Stepwells were often not just water reservoirs but also places where the locals would congregate on an almost daily basis to mingle, interact, or perform chores such as washing clothes.

I first came across as stepwell when I went about rediscovering the areas around the place I grew up in New Delhi.

Rajon ki Baoli at the Mehrauli Archaeological Park might not be as characteristic as the stepwell in Patan, yet, like all the others, it remains an interesting work of architecture.

Rani ki vav, in contrast, is exquisitely elaborate. The carvings on the pillars that form an intricate part of the design, in addition to the architectural magnificence of it being a stepwell, is a great example of craftsmanship and the local traditions, beliefs, and culture.

“Most of the sculptures are in devotion to Vishnu, in the forms of Dus-Avatars Kalki, Rama, Krishna, Narsinh, Vaman, Varahi and others representing their return to the world. Nagkanya, Yogini beautiful women – Apsara showcasing 16 different styles of make-up to look more attractive called Solah-shringar.” – Wikipedia 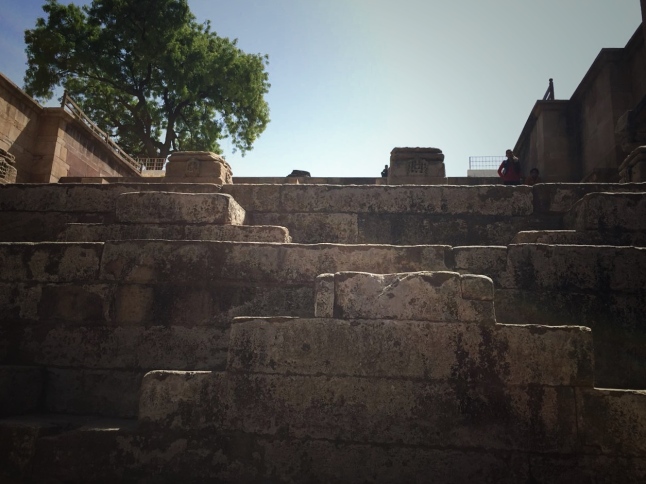 For the longest time, the stepwell remained hidden as the overflowing Saraswati river submerged it completely. It wasn’t until the late 1980s when the Archaeological Survey of India conducted an excavation to find this marvel still intact and unspoilt.

As is the case with all spectacular monuments and locations of historical and traditional importance, Rani ki vav was named a UNESCO World Heritage Site in 2014. 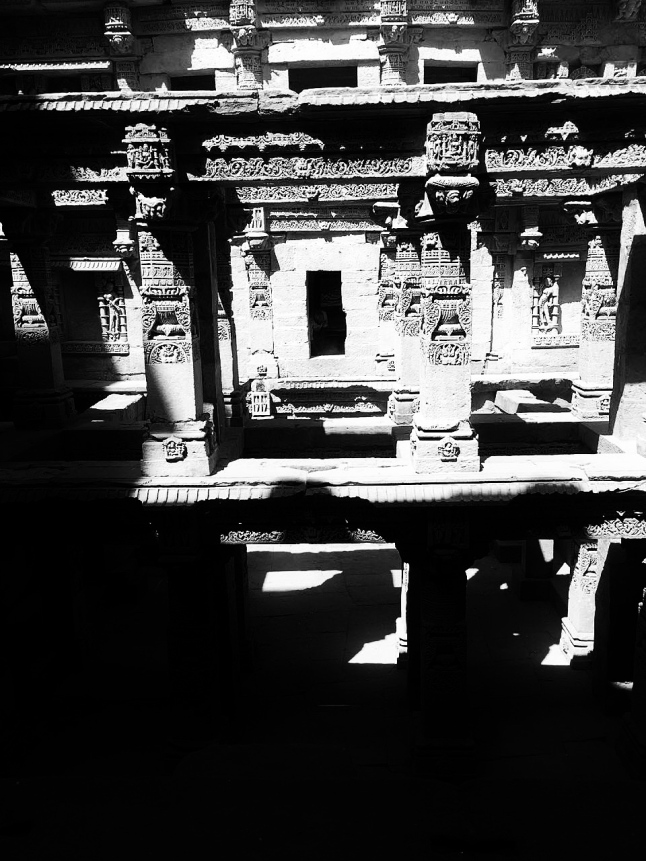 If you are staying in the city of Ahmedabad, a round-trip to Rani ki vav makes for a perfect half-day excursion that can be linked with other nearby places of interest such as the Modhera Sun Temple.

The next time you are in Gujarat and find yourself in the region, head on out and immerse yourself in the beauty of this ancient architectural marvel that is a stunning part of our Indian heritage.