The Most Instagrammable Place in Delhi – Lodi Art District

Still unknown to many travellers and even residents, the street-art scene in New Delhi is active and thriving. The epicentre of this movement in the national capital of India is Lodi Colony, where a few years back artists took over massive walls to express themselves through some fantastic art.

My first visit to Lodi Art District, as it is now popularly known, took place towards the end of 2017, almost a year and a half after the murals went up. As someone who often goes out of his way to appreciate street-art when travelling, the art district was a feast for the eyes. The art, brimming with vibrant colours and intricate designs, covered a variety of themes and adorned the otherwise light pink or cream walls of the colony.

Since then, Lodi Colony has become my go-to place to take friends and visitors for a quick drive. While the art remained the same over the past two years, it never failed to amaze me. Each time, I would discover something new that I had missed previously. 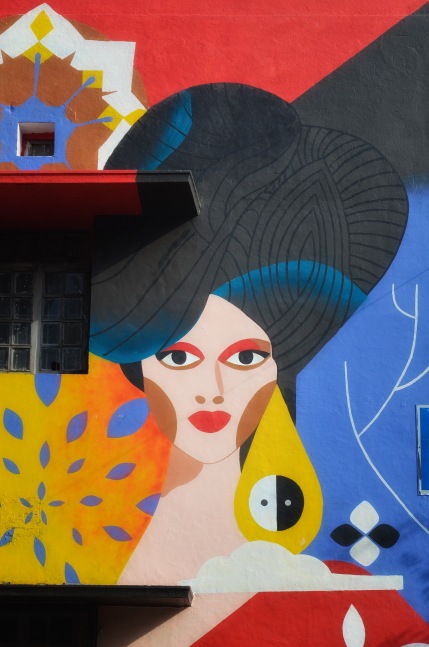 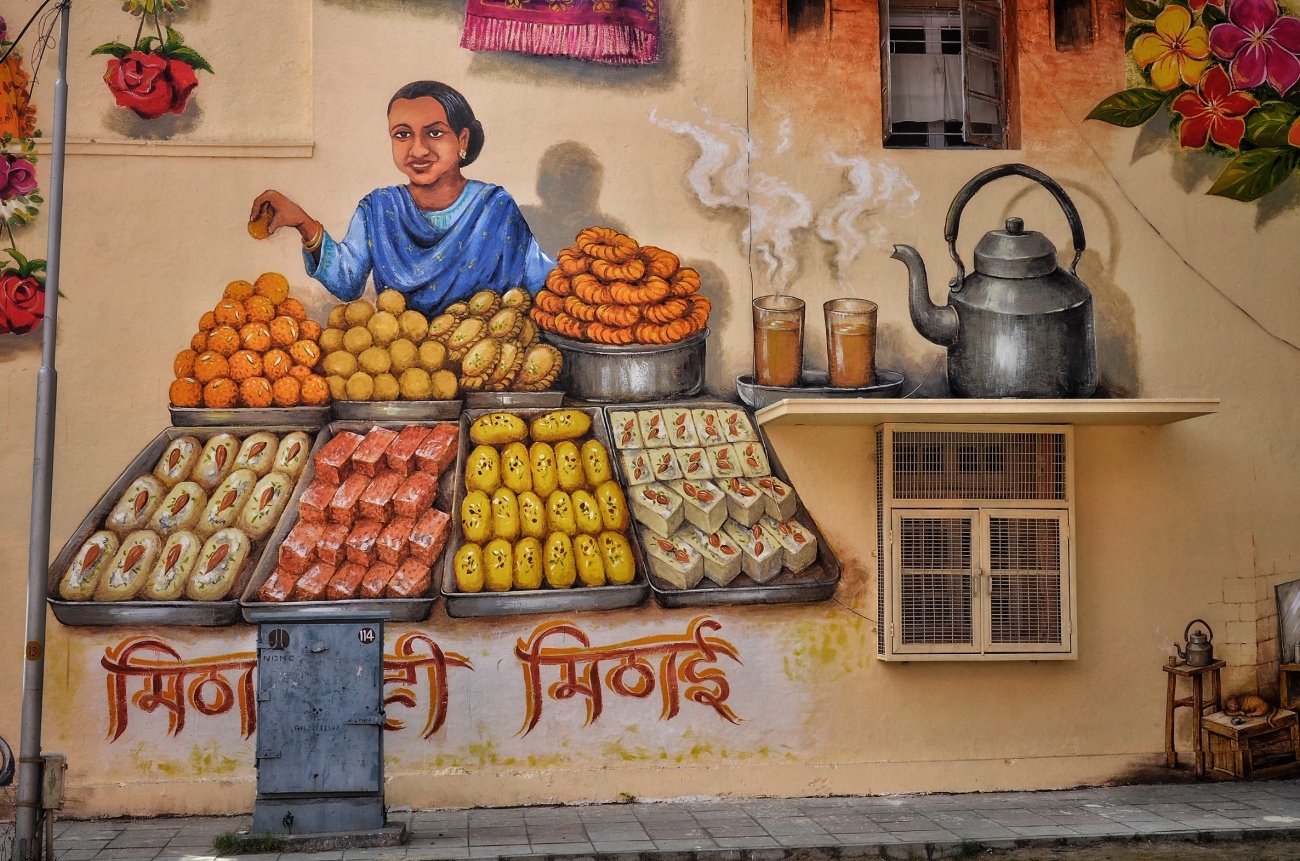 It’s easy to miss out on some of the murals since driving around Lodi Colony can be confusing. However, I’ve managed to figure out the best way to go about it.

All of the street-art lies between Khanna and Meharchand Market. There are two parallel roads in between the markets, namely, Fourth Avenue and Third Venue. The ideal place to start is from the very first turn towards Khanna Market from Jorbagh Road and then proceed with completing one residential block at a time.

Even though people were still discovering the old street art here until the start of this year, things changed a few weeks back. The walls that had remained empty until now received a fresh coat of paint. A new wave of artists has once again transformed Lodi Colony into a vibrant and colourful open-air street art gallery oozing the kind of appeal that makes it undoubtedly the most Instagrammable place in the city. 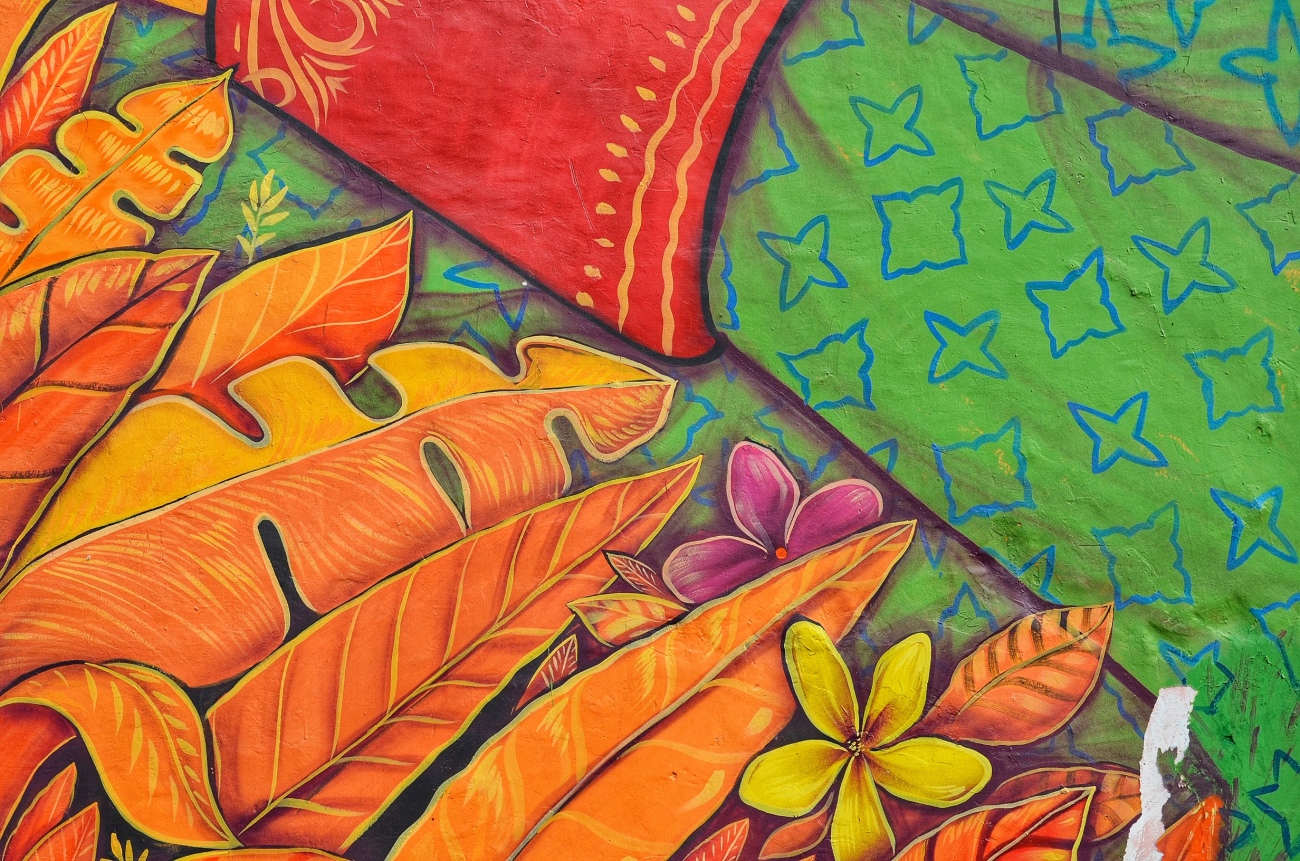 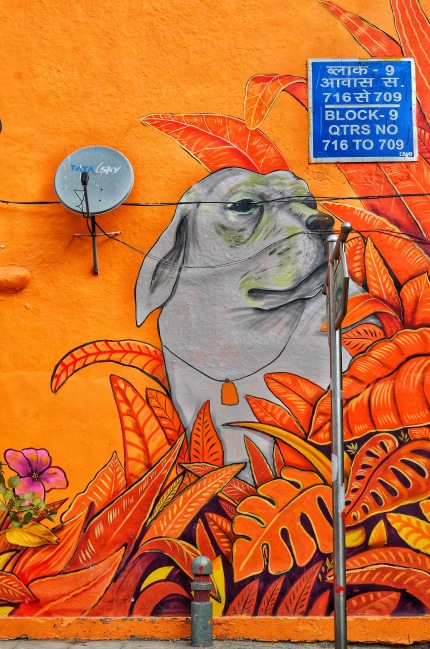 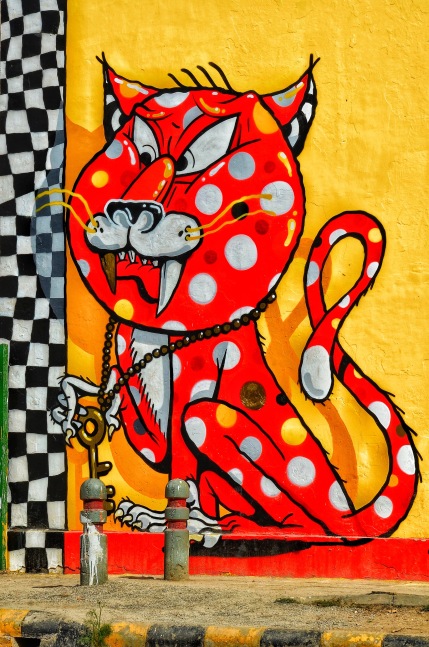 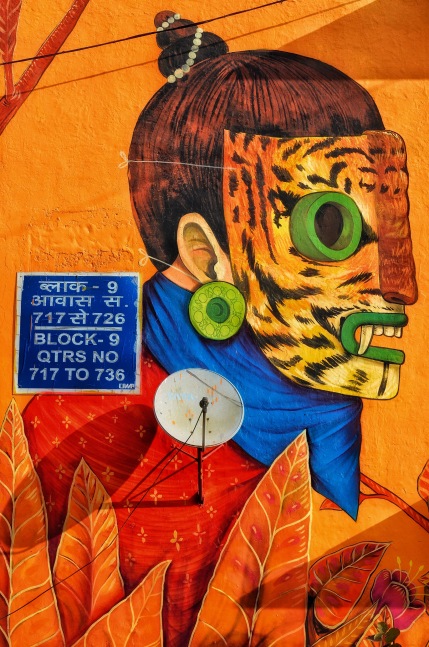 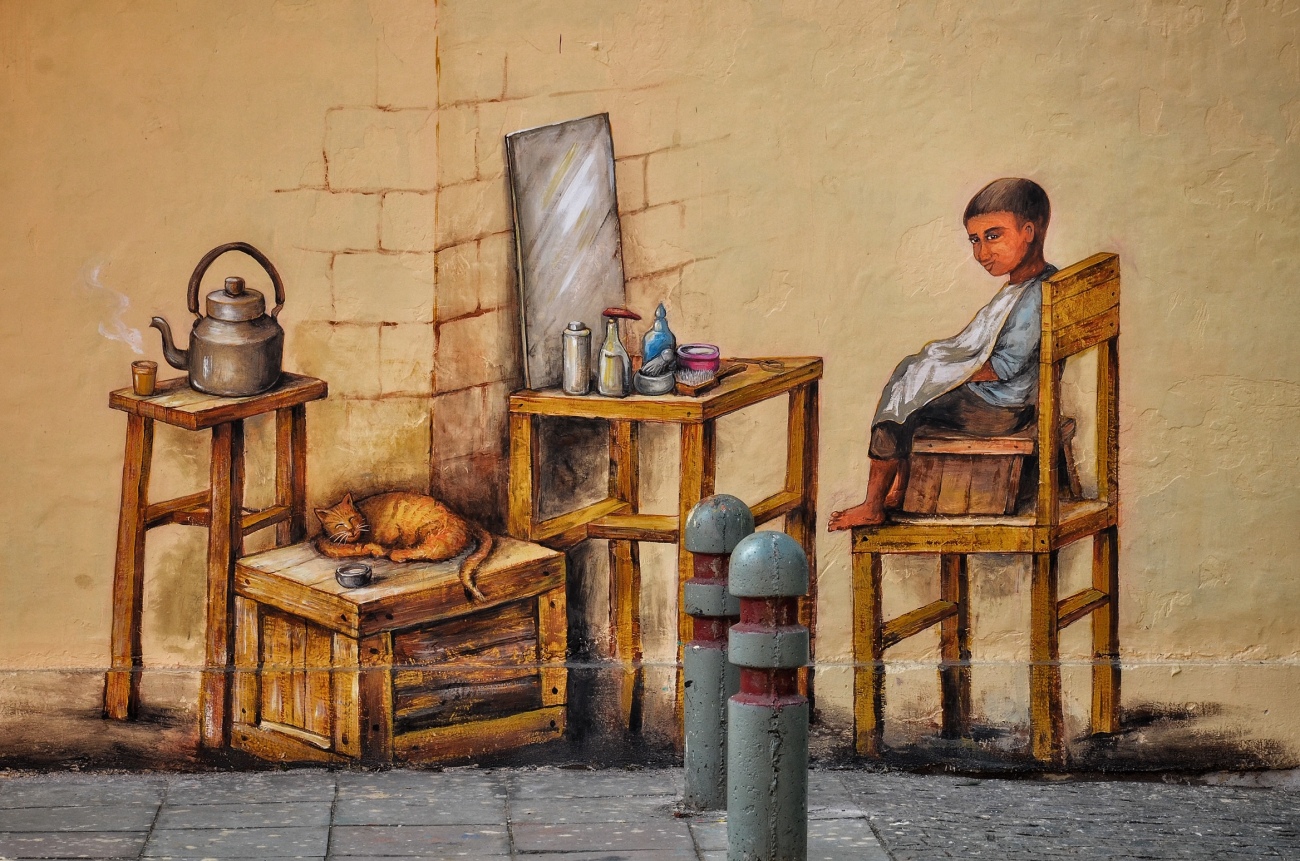 The new art is as varied and distinct as the older pieces, some of which sadly have lost their shine. This hasn’t stopped a constant movement of photographers and Instagrammers in the area, which can often be witnessed late afternoon, no matter the day.

My latest visit proved to be entirely different as well. Typically, I use a GoPro to take wide angle shots of the art, managing to capture the entire piece in a single frame. However, since I didn’t have the camera with me, I was almost forced to look at the art from up close. That brought about a burst of colours and joy I missed out on, by focusing on the big picture until now. Moreover, I got to interact with some amazing locals, adding a lovely personality to the day.

There are two ways to go about discovering the Lodi Art District. The most favourable and leisurely way is to go about walking between the blocks. This can get a little tiring, and you need to be aware of the weather conditions beforehand, but it makes for some good exercise and the opportunity to explore the area slowly.

The other, more straightforward way is to drive by all the murals, stopping at the ones you would like to photograph. Although parking isn’t allowed, no one minds if you stop for a few minutes to take a photograph or ten. 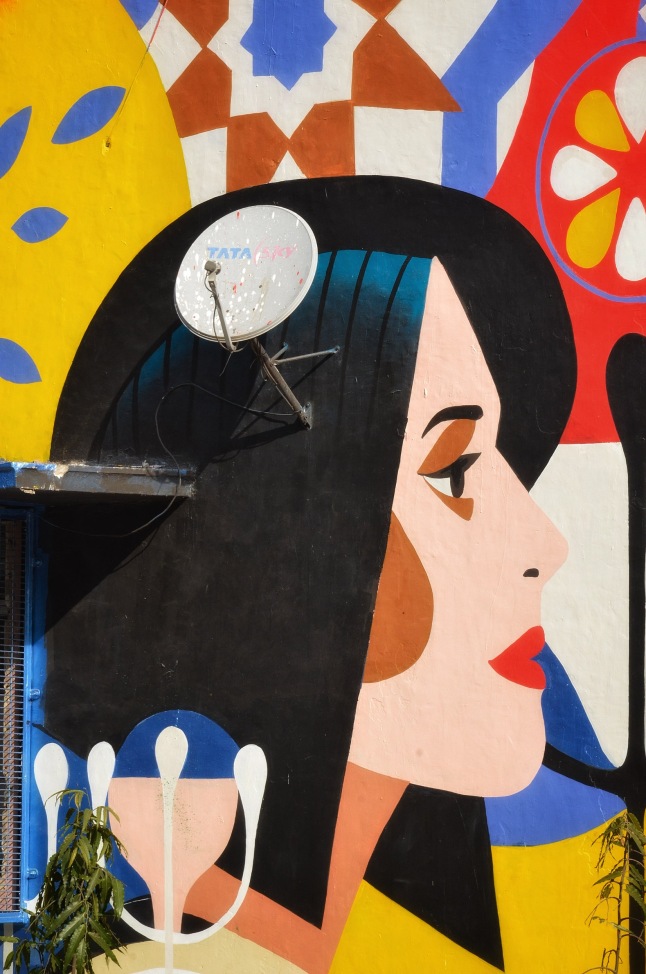 Very much like the last time, what makes the Lodi Art District a true marvel is that the murals are a collaboration between artists from around the world. There is a unique characteristic to every single street-art, and some of them speak volumes in a subtle, but striking manner.

Whether it is a selfie you want, with a colourful background, a cool Instagram-worthy photo, or if you merely wish to admire contemporary art on a grand scale, Lodi Art District is the one place in New Delhi that you should not miss out on under any circumstances.

Note: The latest street art additions to the walls of Lodi Colony are a part of the Lodi Art Festival. You can find details on all the street art and thier artists via St+art India’s Instagram and Facebook page. 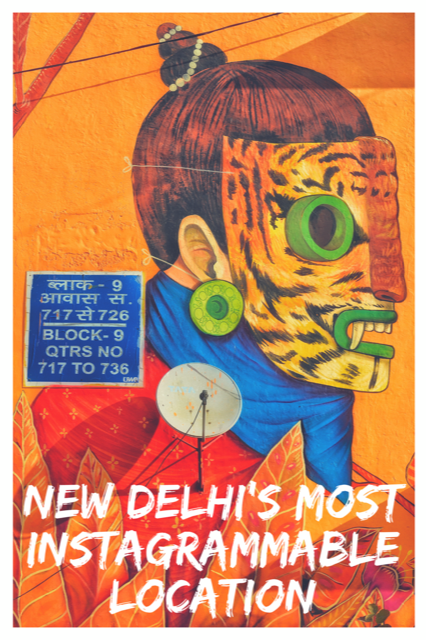 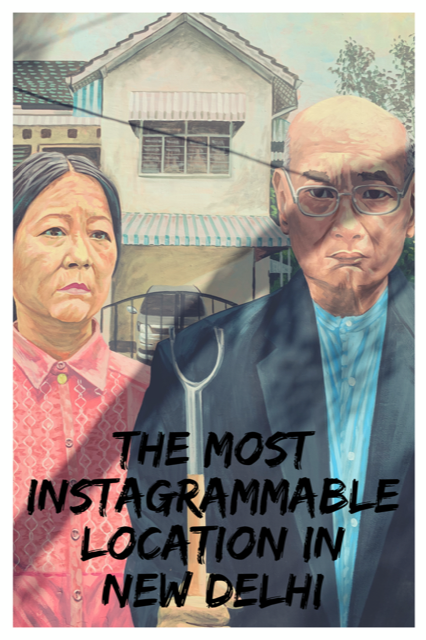