13 Annoying People I’ve Had Over for Dinner 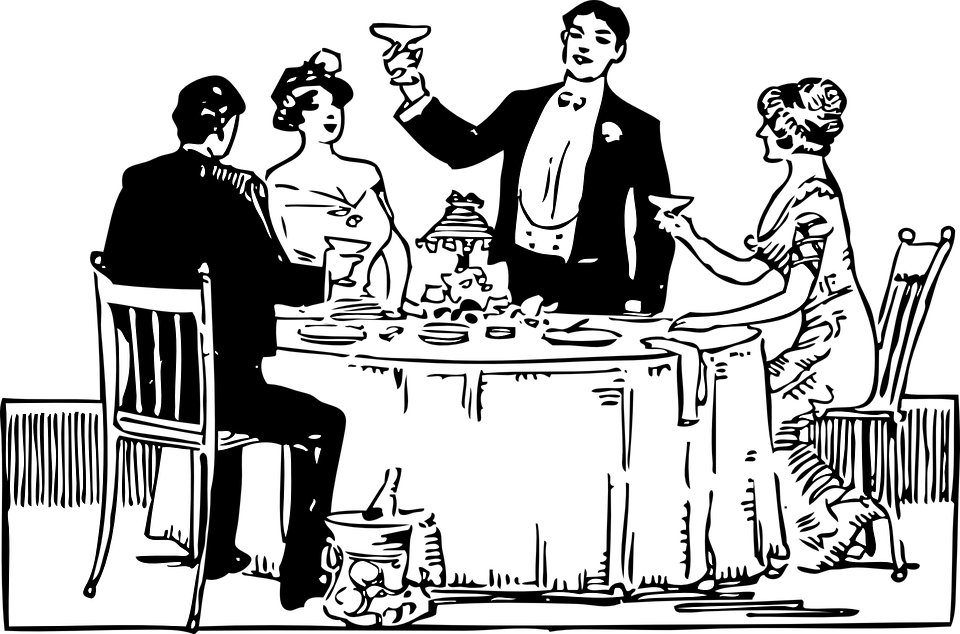 A while back I wrote about the 11 Annoying People You Meet During A Flight. That got me thinking about the equally annoying people I, with all my luck, encounter during dinners that I host.

I might sound like someone who hosts a lot of dinners. I (maybe I should say “We” because obviously, the better half does a lot during these dinners as well) don’t. So, if you are expecting an invite anytime soon? Good luck.

I won’t take names of these annoying guests, even though my fingers are itching to. Some of these are my friends, a few of them are acquaintances, and others probably won’t read this, so why bother taking their names in the first place.

The idea behind the post is to revive the “art of dinner” which has lost its charm over the years. What we now have are kitty and card parties and yes the occasional pot-luck (sadly there’s hardly ever any Pot to be found, which would have made these gatherings tolerable), but an honest dinner is hard to find.

So here’s me hoping that if you find yourself being mentioned in one or two or God forbid all of the following categories, you’ll firstly thank me for opening your eyes. Make it dramatic and message me saying “Raghav tune meri aankhen khol di”. And then, hopefully, go about amending your ways so that we can all have a nice friendly dinner someday.

Let’s start with that one annoying person who repeats the same stories every time you meet them. I call such folk the Repeat Story Tellers. It’s the same group of stories with minor alterations. You know them by heart now, but being a good host, you just smile and keep quiet because you know the poor soul is holding on to these stories with their life.

I will confess that I’ve become slightly sneaky now. Just as one of these stories begin; I smile, look straight into the eyes of the storyteller, and state the ending which leads of them laughing uncomfortably and going “oh! So I’ve told you this before”. Job done! We can get back to eating now. Only no, because the second story starts before you can say, Zu Tisch.

Who do I dislike the most among all the annoying guests; The Heavy Drinkers. They are the ones who will keep on drinking your whiskey or wine or beer, and when the time comes to eat, they’ve already filled up on drinks and snacks so they’ll make absurd excuses like “I’m on a diet” or “I can’t eat much” or “Hey bro, your eyes are all red and what are these viens popping out on your forehead?”

Then there are the Ungrateful Ones. They will drink and eat but as they drink and as they eat they will make it a point to inform you how and where the very same food they are stuffing their mouths with can be found someplace else. And how the food at this other place is the best ever. Ungrateful twats, no more imported whiskey for you in the future. 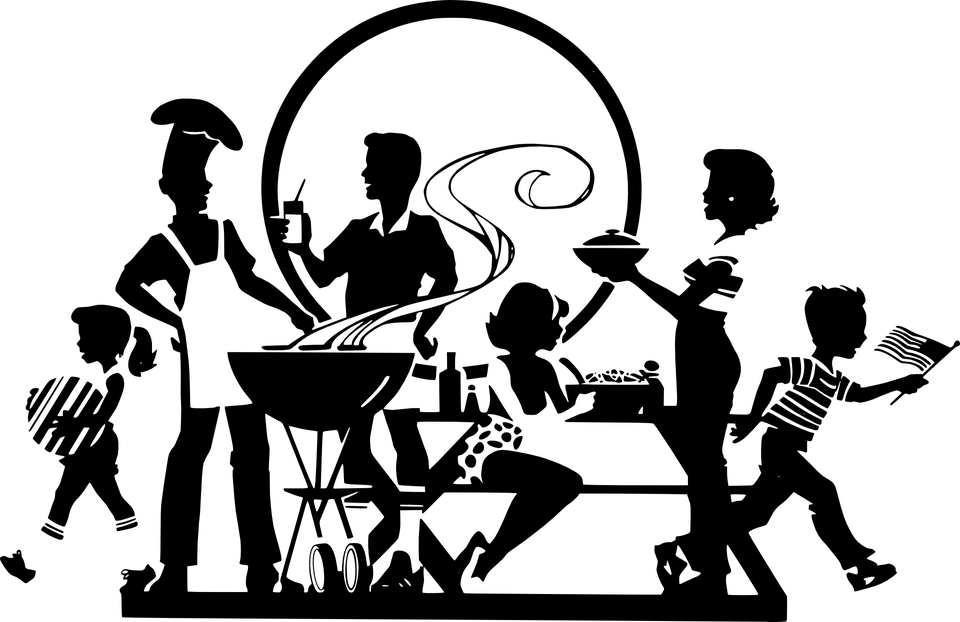 We also have the Compulsive Smokers who’re obviously disappointed when they find out no smoking is allowed inside the house. So, they then spend most of the dinner outside trying to find someone or the other for company.

I love having conversations through the window with these folks (I hope my sarcasm is apparent); mostly hand gestures trying to tell them that the food is getting cold and they should come inside now.

I especially am fond of (not) the Proud Escapees who have countless stories of how that one (more like ten) time they were drunk and were stopped by the police and managed to get out of the situation without having to pay a fine.

Mostly the Heavy Drinkers feature in this group. The pride they take in having driven drunk and not being caught is more than when their kid, who was in the back seat at the time, came first in class.

What bores me as much as “I did this when I was drunk” talk is work talk. Yes, talking about work is perfectly fine, but when visiting friends, it’s also good to have conversation topics other than business. The Workaholics will undoubtedly speak about various profit-making companies for most of the night and how they have doubled or tripled their own turnover this year, and that by next year they will go public and be listed in Sensex.

Unbeknownst to them, I’ve been hearing the same from them for the last five years, and their “multinational company” is nowhere near to being listed anywhere, including their local society yearbook.

Now, during Diwali, card parties are understandable, but there are The Card Players who link every part of his life with whether they are UP or DOWN a few Thousand or Lacs (sadly, I don’t think I know anyone who plays cards in Crores) at this time. You can talk to them any time of the year and simply ask how they are to receive a guaranteed reply like “Yaar, I’m down by 5”. Whether this is a Hundred, Thousand, Lacs, Potatoes, Lamas, Underpants, or what, I never bother to ask.

These are also the dinner guests who will try their level best to turn each and every dinner party into a “Card party” and usually come equipped with a few decks of cards which just happened to be lying in their car.

Another one of those annoying guests is the Picky Eaters. First, they will pester you to call them over for dinner, and when you do, they will have one problem or another with the food you serve.

In the end, while they go back to their lives, I am left with enough food to go on for breakfast, lunch, dinner the next day, and then some.

Another one of my favourites is The Show Offs; They will sit down on arriving and the first thing they do is take out their wallet or purse and place it in full view of everyone present (usually right on top of the table) and then carry on to take out their three or four (because two is so regular) phones and put them one next to another.

As a result, I have to bring in another table to serve the food. I don’t even know enough people to fill up the contact list in one phone, the need for three or more just eludes me. 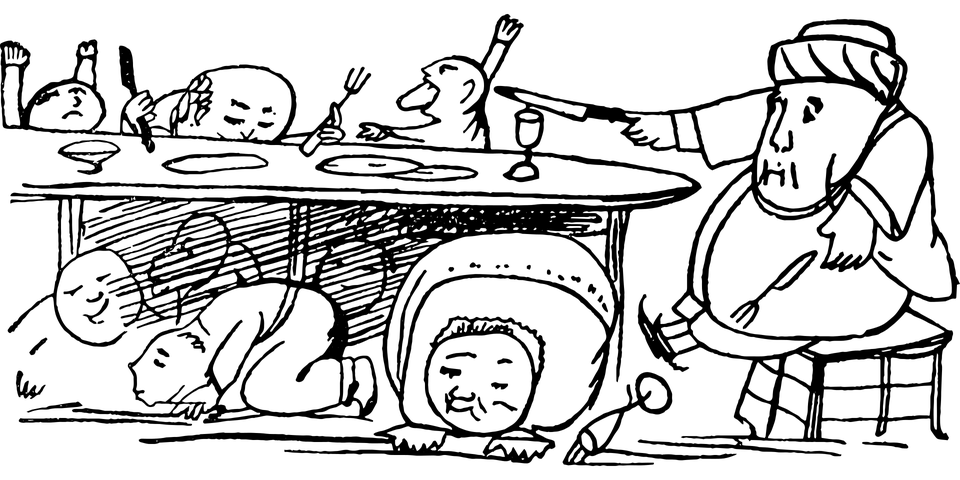 The Facebook Updaters are precisely what the name suggests. They’ve already told everyone where they are by “checking in” lest I’d kidnap them. On top of that, they take numerous photos throughout the evening and upload them on Facebook with you tagged in each and every one of them. All this happens even before you have had the chance to clean up the dishes after dinner.

The Nostalgic Romanticizers are your dinner guests who are still stuck in the 90s when they supposedly had the “best time of his life” in school. This, by default, means that the last two and a half decades have been crappy for them. It’s time to live in the present buddy, or was it bro, or bhai… I can never tell.

Wait, what about the guests who insist on getting something (salad, non-veg, dessert) from their home when they come but either forget all about it because they had to rush from “work” or they try to pass off restaurant bought food as their own. Yeah right, you had me all fooled. Let’s call them The Interferers.

Before we end, who can forget The Late Comers? The ones that think that an 8 PM invite for dinner means they can arrive at 11:00. They’ll enter acting all flustered because it’s been “such a busy day” and because they “left a party just for us” but they “can’t stay long because they have some family relative to visit”. I think these people spend more time on roads that actually mingling with people. 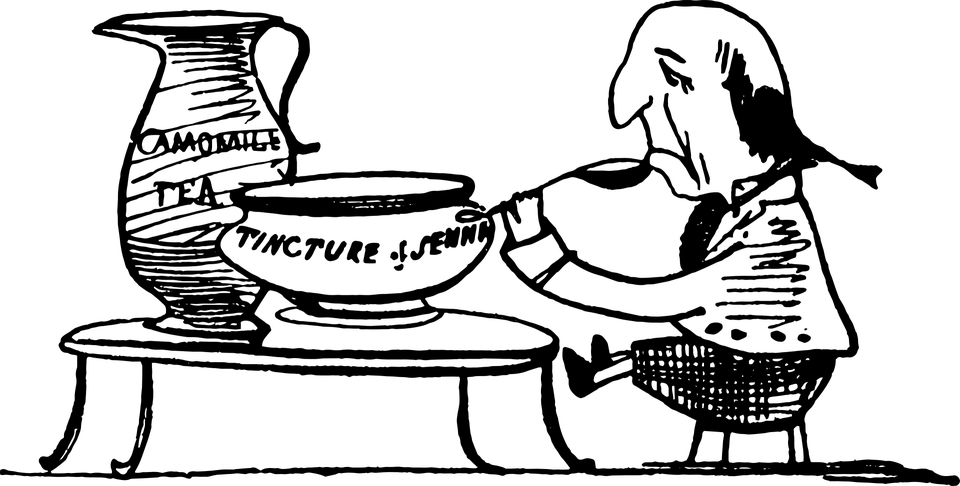 Now, I know there are supposed to be 13 annoying avoidable people during dinners, but there is another person always present in the room;

The Quiet Ones will sit on one side of the room with a smug smile on their face and wonder why in the world are they sitting here listening to these people? How did they become their friends or acquaintances? And most importantly “Why the heck are they in my house and why am I feeding them?”.