A Walking Tour of Bath – Discovering its Historic Treasures

Snuggled in the picturesque Cotswold, tales of the miracle healing powers of Bath’s thermal springs, which supposedly cured Prince Bladud’s leprosy, are sure to spark your intrigue.

Although no historical evidence remains, legend has it that Bath came into existence in 9th century BC during the rule of Prince Bladud. He named it ‘Sul,’ after a Celtic Goddess of sacred water.

The recorded history, however, starts nine hundred years later with the Romans.  They called it Aquae Sulis to recognize the healing hot springs of Bath, building an extensive network of underground thermal saunas.

Along with this, they also made a temple dedicated to the Sulis Minerva, the Goddess of healing and sacred water.

An apt place, therefore, to begin your walk along the narrow winding lanes of this compact city are the Roman Bath’s which have the main attraction in Bath since the 1st century.

Discovered in the 18th century, this subterranean religious spa complex comprises of baths, plunge pools, heated massage rooms, and changing rooms that stood together with a temple.

The adjoining museum houses artifacts excavated from the site. Displaying items belonging to Roman soldiers, local settlers, travelers, pilgrims, and other religious things; the museum preserves the history and mythology from over 2000 years ago! 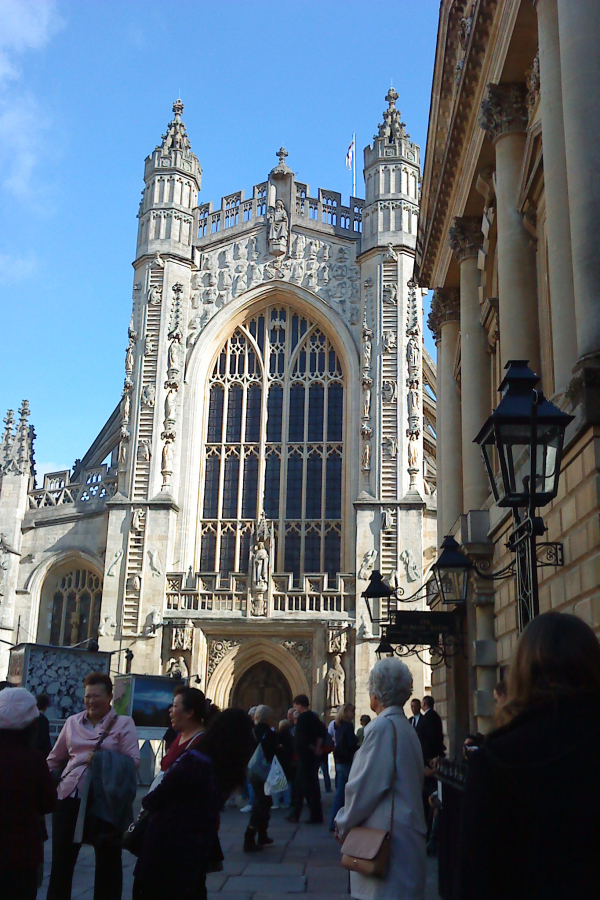 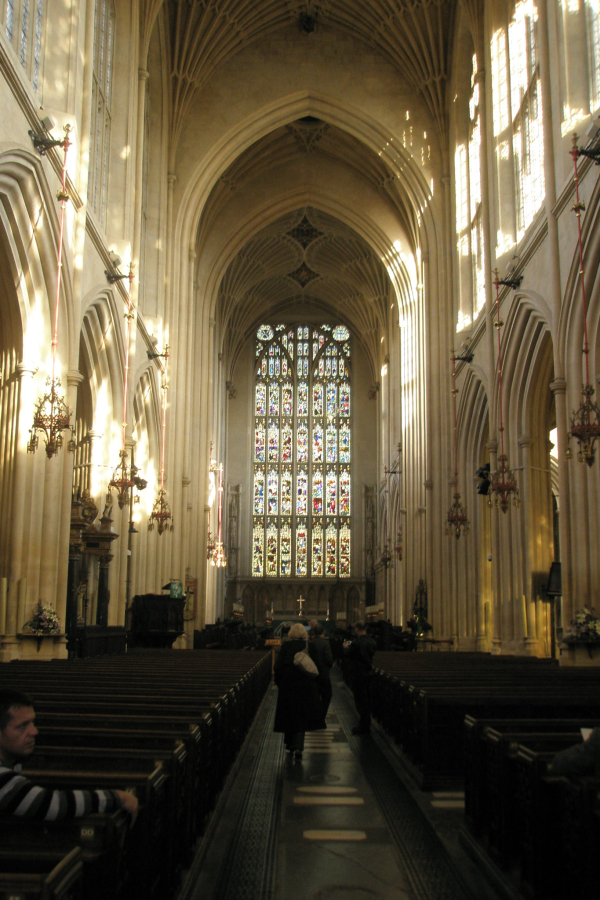 About a two-minute walk from here is Bath Abbey, a place not only revered as an important religious center but equally significant for its Gothic architecture and historical relevance.

The Abbey’s history dates back to the 8th century, having been rebuilt numerous times, reflecting the changing world order. It’s colorful stained-glass windows, the famous honey-colored stone, and exquisite fan vaulting echo intriguing tales of royalty, saints, and ordinary people of those times.

Hidden in a maze of tiny cobbled streets, just a couple of minutes away from the Abbey is a residence believed to be the oldest house in Bath.

Sally Lunn’s, today, is run as a bakery & café and is famous for a bun/cake crossover called Sally Lunn bun. Accompanied by a drink, it is a delicious companion for a day of exploring. 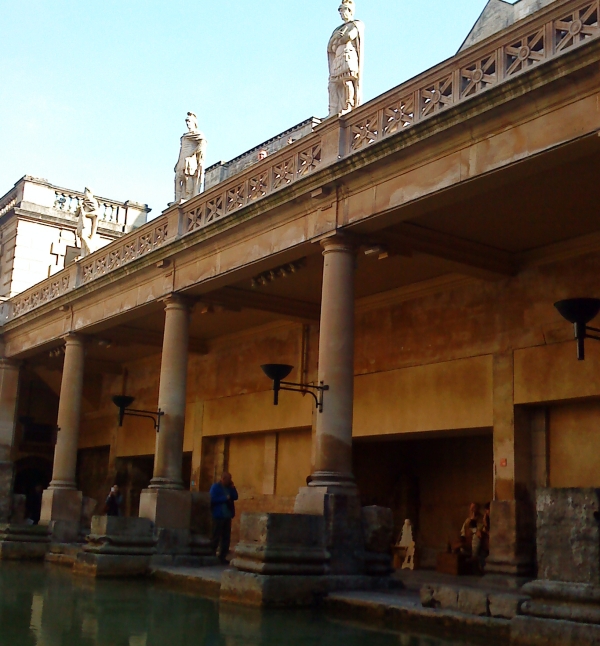 From here, a short detour to the Herschel Museum of Astronomy is an excellent way to break away from history. For science enthusiasts, it is an opportunity to visit the home of siblings, William and Caroline Herschel. They, among many other things, are credited with the discovery of the planet Uranus.

As you amble the Gravel Walk, immortalized by Jane Austen in her 1818 novel Persuasion, you enter the Georgian period when the city was a highly fashionable destination for the elite of British society. The walk opens to the Royal Crescent, the playground of the rich and famous for centuries!

Designed by the 18th-century architect John Wood the Elder, it is a semi-circular set of three-story buildings overlooking the beautiful Royal Victoria Park.

While it’s grandiose will leave you curious, it is worth noting that the Palladium design of the Royal Crescent is only a façade. 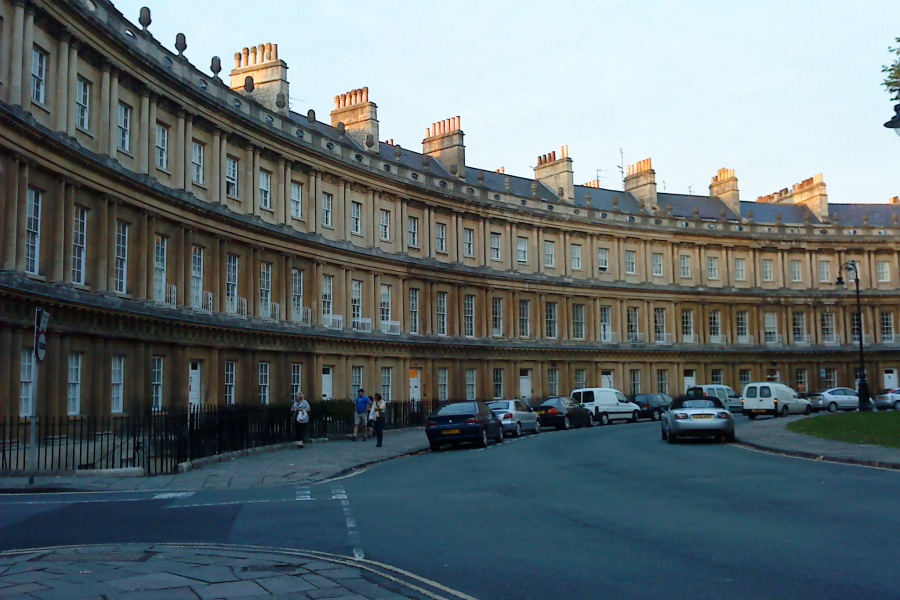 Seen from behind, it reveals a hotchpotch of dwellings with varied designs commissioned by individual owners of the plots. A must visit here is No. 1 Royal Crescent, a museum which is a recreation of a typical upper-class residence of the time.

The Circus, a five-minute walk up from the Royal Crescent in Bath, is another masterpiece of elegant Georgian houses envisioned by the same architect and is presently the crowning glory of Bath.

It will take you eight to ten minutes to reach the Bath Assembly Rooms from The Circus. The most striking room in this Grade I listed building is the elegantly designed 100ft long ballroom, which, apart from many things, was a center for public readings by noted authors like Charles Dickens and Jane Austen in the 18th century.

Today, some of the rooms have been converted to what is referred to as the Fashion Museum. It holds a fascinating collection of contemporary and historic attire bringing visitors closer to the daily lives of the Georgian times. The eager ones can go another step closer by trying out some of the outfits!

A leisurely 10-min walk from here will take you to another iconic structure of Bath called the Pulteney Bridge. Straddling the River Avon, it was commissioned in 1769 by William Johnstone Pulteney, who named it after his wife, Frances Pulteney.

Now, it is only one of four in the world to have shops lined on both sides. The Parade Gardens give a romantic view of this bridge early in the morning, which ironically was also the setting of the suicide scene of Javert in the 2012 film version of Les Misérables.

From here, the Holburne Museum is only about an eight-minute walk and is a window into what is primarily an individual’s collection of 18th-century artifacts gathered from all over Europe.

Sir William Holborne’s collection includes portrait miniatures, porcelain, embroideries, and a wide range of bronze sculptures housed in a grand Georgian building. It was also Bath’s first public art gallery, which holds its own even today.

For nature lovers, the alluring countryside above Bath is never too far. The six-mile circuit of the Skyline Walk is a half-day of discovering fake medieval castle, exploring ancient woodlands, and rambling secluded valleys. 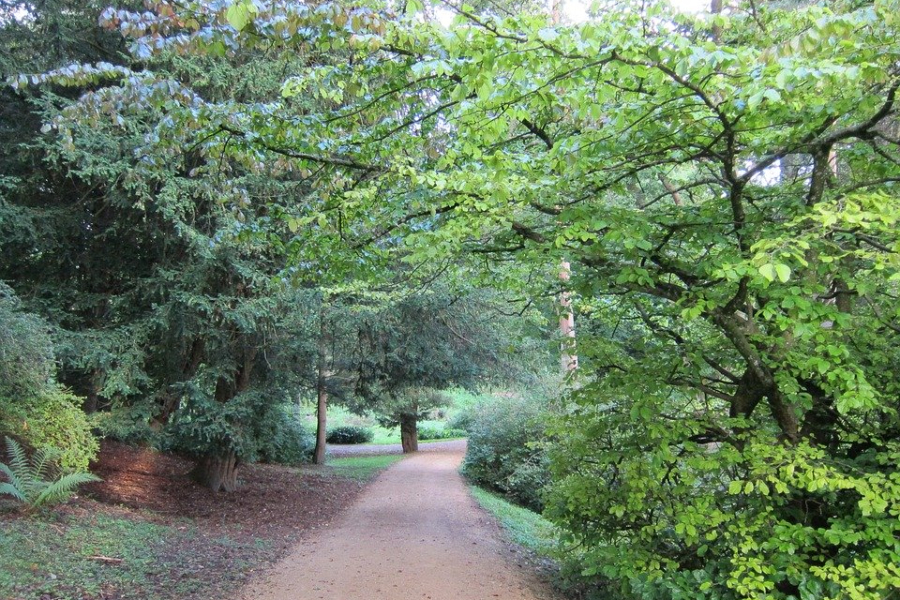 For a shorter visit, head to the Prior Park, where the beautifully landscaped 18th-century gardens and the iconic Palladian bridge take you back in time.

If all that walking makes you crave for some relaxation, you are in for a treat! The Thermae Bath Spa helps maintain Bath’s status quo as a spa resort even today by offering beauty and health treatments that channel the geothermal waters of the area using modern technology.

Or you can always hit the pubs of Bath in what many consider to be the finest cities for real ale!

Another way to experience the countryside is a gentle boat ride on a section of the River Avon that takes you to Bathampton, where open green spaces are a sight to behold.

The Georgian architecture, Roman ruins, and a buzzing cosmopolitan culture make this classical city of Bath a welcome anomaly on a standard tourist trail of this island nation.

Food and friends 🙌 … it’s been a while. This was before 2020. @thenomadicpostcards @italophilia
Pahadi Dal at @yetincr
A mix of Himalayan food starters at @yetincr
Hot Chocolate Fudge! #Nirulas
Good ol’ Mac ‘n’ Cheese at Jamie’s Pizzeria
The Mediterranean Bowl at C’est La Vie - Lip-smacking good!