Long before cinema gained popularity and became accessible as it is today, books played a vital role in transporting us to a world away from our daily humdrum.

These books told stories in which the characters were so relatable that our lives become intertwined in theirs. We were absorbed in the storyline and drawn in by the setting.

While there isn’t a genre of ‘fictional travel books’ per se, there are books set in locales that have become an integral part of the story.

Therefore, the destinations where the stories take place become as important as the protagonist in a way that the characters and incidents can be nowhere else.

Though the stories are fictional in these must-read travel books, the locations are very much real. And eventually, assisted by engaging narratives, the books introduce you to places far and wide through the eyes of its characters.

Read on to discover newer landscapes that blend seamlessly with stories of love, loss, adventure, and intrigue.

Note: This post contains Amazon affiliate links. If you use these to buy the book, you get it for no extra cost, while I get a small commission from Amazon in return. Thank you.

If interested in non-fiction armchair exploration, check of some of these amazing travel books. 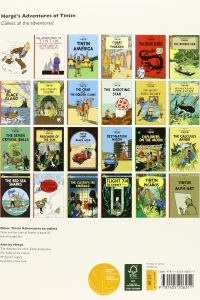 The Adventures of Tintin by Herge

With titles such as Cigars of the Pharaoh, Tintin in Tibet, Tintin in the Land of the Soviets, and such, this comic book series takes you places, quite literally.

Though it somewhat limits the depiction of specific locations to cultural stereotypes, one cannot dispute the sense of adventure it infuses in its readers. Tintin has inspired a broad spectrum of readers for generations, from children to adults and everyone in between.

The characters of Tintin comics converse with the readers such that they are drawn into the adventure that includes unearthing hidden treasures, underwater explorations, and even a landing on the moon!

The books are a smorgasbord of travel adventures complemented by detailed drawings that lure you to dive into a whirlwind quest akin to the ones that Tintin, Snowy, and Captain Haddock are part of. 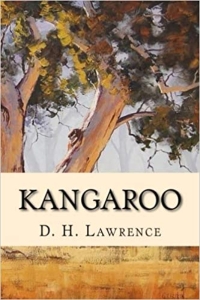 It is said that the first draft of Kangaroo was written by DH Lawrence in six weeks, sometime in 1922. In it, he describes the journey of Richard and Harriet Somers as they find their bearings in their newly adopted home, Australia.

Given his way with words, Kangaroo may be considered a smartly disguised autobiography that tackles the country’s political turmoil during his short stay there.

Be that as it may, Lawrence manages to paint a vivid picture of Australia’s landscape, which becomes a canvas for an engaging storyline where the protagonists wander in search of the cultural freedom they missed dearly back in Europe.

Through their explorations, the reader is invited to experience Australia’s rugged beauty, the everchanging ocean, and get a ringside view into its socio-cultural landscape of that time.

A profoundly melancholic novel that evokes a sense of bonding beyond mere blood relations is how I’d describe Kitchen, the first novel by Yoshimoto.

Kitchen is a modest tale of how the orphaned young protagonist deals with another tragic loss with the help of a college friend and his mother (or father!). She eventually begins to trust the ways of the world, which she navigates via the relative warmth of an urban kitchen.

Set at a time when Japan was on the verge of modernization, it delves into experiences that encapsulate the contemporary Japanese society. The painful emotions of bereavement, angst, and grief are used to paint a hauntingly beautiful picture of the time and place, making it a palpable travel read before you embark on that trip to Japan.

This book explores Anahita’s tryst with destiny as she navigates the societal conventions in late 19th century Iran.

The story revolves around a headstrong nomadic weaver who, determined to avoid being wed to a man older than her father, devises a contest to choose her suitor. Art comes to her rescue as she weaves a riddle in a wedding carpet and agrees to marry the one who can solve it.

What ensues is an intriguing tale that takes the reader through a tapestry of Persian culture, arts, Sufi poetry, and Iran’s conservative society.

As a reader, you are invited to touch, feel, taste, smell, and see the country through its characters and setting. The book highlights every point a travel book about the region would typically do. It is a trip for all your senses, which is the next best thing to being there. 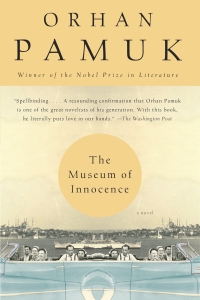 The Museum of Innocence by Orhan Pamuk

The book set in Istanbul between 1975 and 1984 revolves around Kemal’s life and his obsessive love interest Fusun.

In this long-drawn love affair, Kemal’s personality is laid bare. At times he appears as a suave, sophisticated upper-class resident of Istanbul, and at other times, he looks like a kleptomaniac who pockets things from Fusun’s house.

Readers have had a love-hate relationship with this melancholic tale. But what you cannot take away from the story is the unmissable presence of Istanbul! Through visual imagery, the author makes life in Istanbul so real that you can smell Turkish tea’s aroma by the Bosphorus.

And if you happen to visit Istanbul after reading this book, you’d be glad to know that there happens to be an actual Museum of Innocence where Kemal’s collection of Fusun’s memories are displayed over three floors!

While fiction has a reputation of transporting us away from the real world, ironically, it often manages to bring to life a place in such a way that it encourages us to experience it first hand.