A proud Sagittarius having varied interests which keep changing from time to time. Travel, Food, Films, Books, Music, and Photography are some which have stayed with me over the years and I enjoy partaking in them, in one form or another, even now. Although, my kids take up most of my time, it has been fun watching them grow and develop interests of their own, some of which thankfully coincide with mine.

Everything is going digital now. In fact everything is getting “APPlified” into small icons that pop up on our smartphones and tablets that can be tapped to open a wide world of possibilities.  Keeping up with the changing world and preferences Cook.Taste.Summer.Smile presents itself as a unique […]

Situated a stone-throw-away from central Birmingham, UK is Bournville. This quiet little town is of great importance if you, like me, are an avid chocolate eater. It was here that Cadbury’s set up their first factory and it is here that what is now a packaging plant has […]

A Culinary Fusion of Tastes and Minds – Singapore Takeout

Singapore Takeout is a unique initiative by SPICE (Singapore International Culinary Exchange) with Singapore Tourism wherein a “Pop-Up Kitchen” has been fabricated inside a container and is being taken to 9 cities around the world. Accompanying this one of a kind kitchen are Singaporean chefs who along with […]

Buuuurrrp! Excuse me, but while I savor the delicacies I’ve just had at the Singapore Take Out event held at ITC Maurya in New Delhi, I would like to leave you with some of the photographs I managed to take in-between all the cooking demonstrations and food tastings. […]

The Hilly Street Food of India

India is synonymous with street food. The food that can be found in roadside shacks and carts is known both for its excellent flavour and also in some cases for its after effects. In fact so widespread are the stories of stomach troubles from food in India that […] 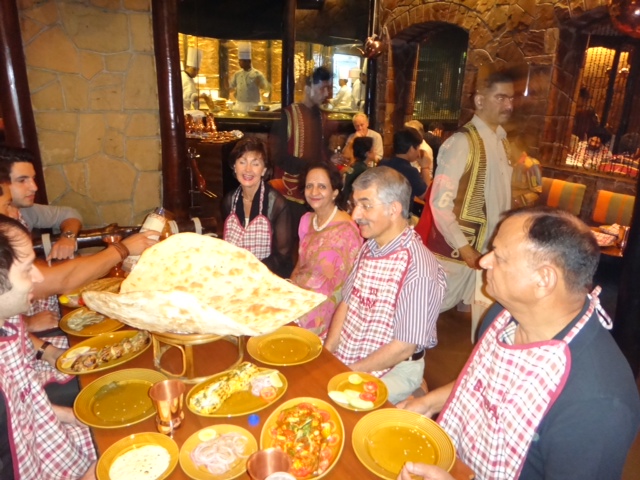 Three things make for a good night out. Good Company – which we had. Good Money – We used plastic, but let’s face it, in this day and age money does make the world go round. Good Food – and that’s where Bukhara takes the spotlight. If some […]

We all know what we have to do on Friday evenings, but you don’t necessarily have to wait till the evening to start enjoying the end of the week. On the last Friday of every month (Between 10:00 – 3:00 through September), the wonderful people of Brindleyplace have […]

Food! It really is as simple as that; Food from different corners of this planet. The Birmingham International Food Festival is back again. From 9th till 19th June 2011 the air of Birmingham city center (Victoria Square) will have the most wonderful of smells.  Indian, Polish, Vietnamese, German, […]

Food and friends 🙌 … it’s been a while. This was before 2020. @thenomadicpostcards @italophilia
Pahadi Dal at @yetincr
A mix of Himalayan food starters at @yetincr
Hot Chocolate Fudge! #Nirulas
Good ol’ Mac ‘n’ Cheese at Jamie’s Pizzeria
The Mediterranean Bowl at C’est La Vie - Lip-smacking good!